We recently read the following article in eSchool News “The 7 pillars of digital leadership” and had a key takeaway as it applies to change.

This article is a summary of a session presented at the 2016 CoSN conference in Washington DC, where we were also presenters. The 7 pillars identified are very close to the characteristics we have been speaking and writing about for the past 2 years. We were unable to attend this session due to scheduling conflicts, but would have loved to attend the discussion.

A question that was not addressed in the article was related to vision.  Merriam -Webster’s Dictionary defines vision as a thought, concept, or object formed by the imagination.  The first mention of vision is discussed in Pillar 6-Branding. We believe that vision is the umbrella that supports the 7 pillars.  Without vision, the 7 pillars lose traction as this digital change is being adopted within a district. Vision must be communicated often and by everyone so that it can gain momentum and become reality.

During a conversation at COSN12 we listened to a technology director discuss the lack of vision her school leaders had for technology. We shared our thoughts around the idea that it was her role to take leadership’s vision for student success and then articulate how technology worked and supported that vision.  She needed to align her department’s vision to the district vision.  She was quite clear in telling us that this was not her role, it was the role of the superintendent. We disagreed, as did several other technology leaders in the room.

What do you think?

What role does the digital leader play in setting and communicating vision?

Is it realistic for the superintendent to be the sole carrier of the vision inside a district?

If you answered yes to the previous question, why are other leaders necessary inside your district?

PILOTed: Changing nature of IT in schools and districts blog.academicbiz.com/2018/03/changi…

Inspired by this group of serious professionals! twitter.com/iste/status/96…

Not in Charge? You just might be! Coming to #ISTE18 with @arsmith #presentersofISTE

Thank you to our Technical Working Group for all your hard work this week on the #ISTEStandards for Administrators! " 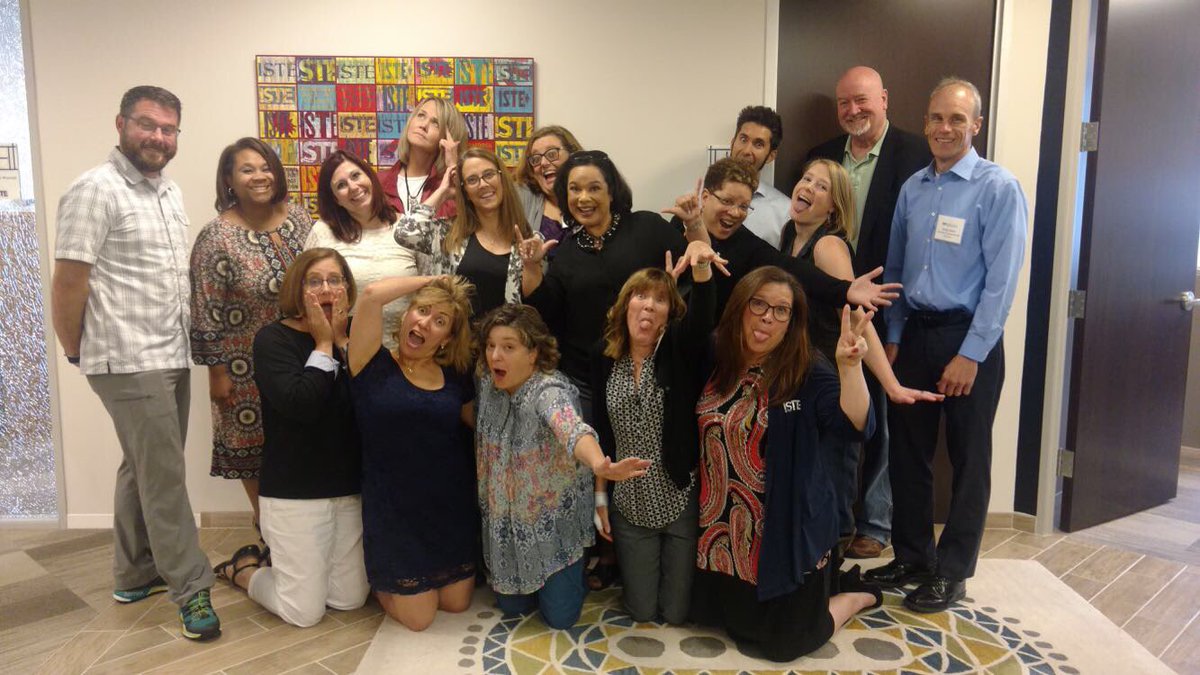 We are presenting at @FETC. See you all there! Strategies to Succeed During Leadership Transitions buff.ly/2fqjz34 @arsmith @kkgann

#edtech amplifies the impact of the real driver of student success: high-quality teaching christenseninstitute.org/blog/technolog… via @ChristensenInst

Seth's Blog: It's not the bottom, it's the foundation ow.ly/FmSZ306f1N0